Back to school time is upon us yet again, and it is one of the few times a year anymore where I feel the nagging urge to write. Maybe it’s the hustle and bustle from leaving summer behind and beginning another school year, the longing for the simple days to continue, but my mind always swirls with the connection between back to school and grief. Certainly not two things that most people tie together. I had it all planned out in my head, I just needed the time to sit down and put it to paper. Then the park happened and my original thoughts were thrown out the window.

Our older two children started school yesterday, so I took our youngest to the park. We stopped to pick up donuts and milk, then headed to the local park of her choice. Ironically, she chose the park where Kyleigh has an engraved memorial stone, located in the Children’s Memorial Butterfly Garden. We had not been to this park in quite some time, mainly due to heavy construction happening within the park. I wasn’t even sure if we could get to the playground or Butterfly Garden, but we did.

We walked over to the butterfly garden to sit in the shade and eat our breakfast treat. When we were done, Kyleigh’s sister asked me to show her where Kyleigh’s stone was and then asked me to read what was on it. She will be quick to tell you she is four and a half, and just starting to read. I pointed the stone out and we talked about what it says and what it all means. She has been there before, but I think some of the details from the stone had escaped her from the last visit. After spending a few more minutes there, we walked up to the playground where she quickly found some other girls to play with who appeared to be her age and even a year or so older.

As it got closer to our time to leave, the other group of young girls asked their mom and grandma if they could go to the garden to look for butterflies. As I overheard the conversation, I was hopeful that my daughter would want to stay on the playground. I pointed out to her that we didn’t see any butterflies when we were at the garden earlier, but that I had seen some flying around the playground if she wanted to stay and look for them there. She declined that offer and instead wanted to follow the other girls back to the garden, so off we went.

When we got down there, the girls started asking their mom and grandma what was written on the stones. The mom brushed them off and tried to get them to focus on the flowers, while looking for butterflies. The girls kept asking about the stones, and the mom kept avoiding, so what does my daughter do? She took it upon herself to tell them. By this point, they were actually standing right next to Kyleigh’s stone, so my daughter bent down and read the stone to them, remembering word for word from what I had read to her earlier. She then proceeded to tell them that Kyleigh was her sister and she was buried there. The other girls looked confused and started asking questions, while my daughter continued to tell them two to three more times that it was her sister’s name and that she had died.

The mom finally spoke up and told the girls that they were probably names of families who had paid for the park. She never came out and said she didn’t believe what my daughter was saying, but by her dismissing what my daughter was saying, it sure came across that way. Kyleigh’s sister read the stone to them again and explained in her four and a half year old way what it meant. She clearly had this situation under control, so I only spoke up and corrected her when she again said her sister was buried there, as nobody is. When all of this started, I couldn’t tell if the mom really had no idea what the Children’s Memorial Butterfly Garden was, or if she was trying to avoid the topic of deceased children with her own daughters, which is most likely the case. I’m sure I would have done the same if I didn’t have my child’s name etched in a stone. My children are clearly not afraid to talk about it. What became clear about the mom though, is that she didn’t believe what my daughter was saying, until I corrected her about people not being buried there. 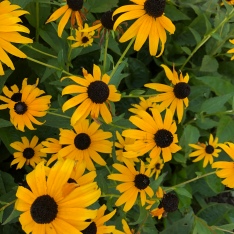 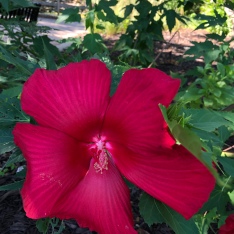 The mom never did say anything directly to me. It was one of those weird, uncomfortable for her, situations that bereaved parents often find themselves in when it comes to talking about babies and children dying. She was not rude in any way, just clearly trying to avoid any and all conversation about the subject.

As we left the park, I realized this couldn’t have happened on a more perfect day. Kyleigh would have started 2nd grade today. She should have stepped onto the bus with her brothers and we should have had three classrooms to stop at for pictures this morning instead of two. The first day of school is one of those days where it’s blaringly obvious to us that there will always be one missing from our family. The sting is less now than it was in previous years, but I imagine that it will become stronger at certain school year milestones. And our children are aware of it, too. They know she should have been at school today. Sometimes I think they even struggle seeing the children at school that could have been Kyleigh’s classmates and friends. It certainly causes them to stop and pause when they think about what grade she would be in. It is also yet another year of transitions for our family. Our oldest has entered his last year of elementary school, with our youngest beginning her final year of preschool. Come back a year from now to read about my sobfest, as all of our children will be stepping onto the bus!

Whenever I visit the Butterfly Garden, I always make a point to stop and read the stones of the ones I know. Today, those names meant even more as we walked out. Lincoln would have just turned five and would probably be starting Kindergarten this year. Olivia would have turned five in April and she would have started Kindergarten this year, as well. Joseph (Joey) is the same age as my youngest son, but would have been a year behind him in school. And sweet Jack would be a first grader this year.

It also made me think of the mom who tried so hard to avoid the conversation with my daughter. I am so proud of my daughter for sticking with what she knew and repeating it over and over. I’m proud of her for sharing her sister with others, and also for not backing down just because an adult didn’t believe her. I also felt like I had transitioned. If this had happened even a year ago, I would have probably tried to hush my own daughter, as to not create an uncomfortable situation. Instead, I stepped back and let her share Kyleigh in her own way. As she gets older, she is becoming more aware of the sister that isn’t with her. It makes her sad and the last thing I want to do is silence her desire to talk about Kyleigh.

So I leave you with this … believe in children. Believe that what they are telling you is the truth until they give you a reason not to, and then help them find the truth. Stop and listen to what children have to say. Many are wise beyond their years. And yes, they are always listening, so be mindful of what you say. Have the hard conversations. Wouldn’t you rather it come from you than someone else? I don’t know what the mom and girls talked about on their way home today. I hope that it had something to do with all the names written on the stones, because my daughter set her up for the perfect conversation starter about life and death.

And for those of you who are missing someone at the start of this school year, we understand. 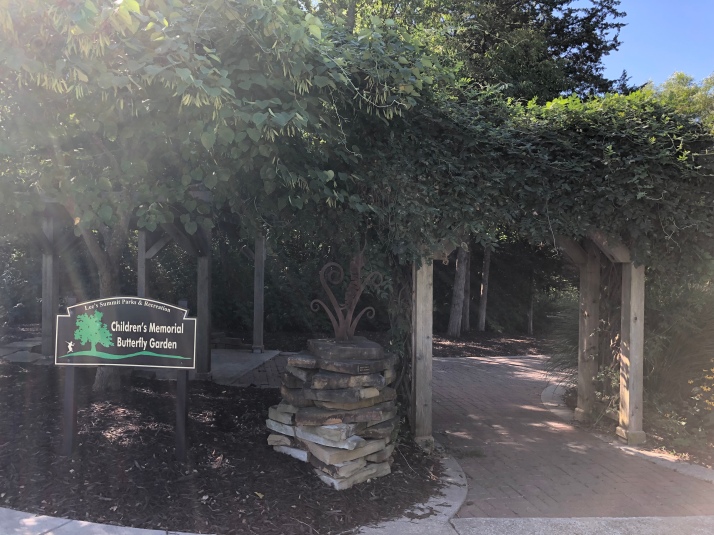